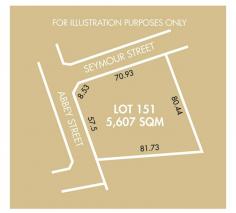 Recognised
as being the gateway to the Margaret River Wine Region, Busselton has
been one of the fastest growing regions in Australia in the last decade
with a population exceeding 31,000 people. It is estimated that visitors
increase this to over 60,000 on any one day during peak tourism
periods.

The land is a irregular shaped corner lot having the following dimensions:

Busselton is no longer viewed as just a popular holiday destination attracting retirees and holiday makers.

It is a thriving City with a growing residential base, as evidenced by current building activity taking place.

The approval is no longer valid having expired 26 June 2013.
The above